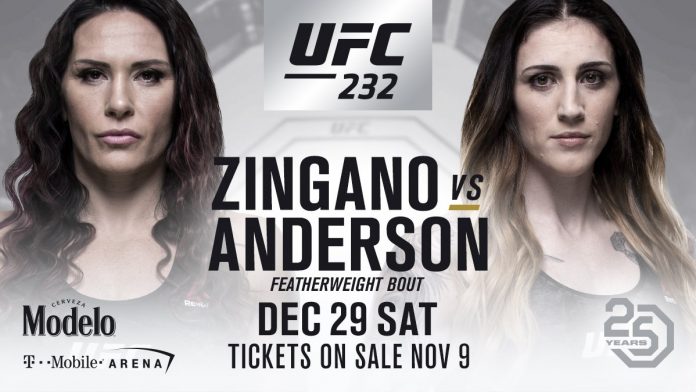 A women’s featherweight fight has been added to UFC 232 as former title contender Cat Zingano will move to 145 pounds for a showdown against former Invicta FC champion Megan Anderson on Dec.