After dominating some of the best light heavyweight fighters in the world for years, Jones vacated his title last August to move up a weight class, and has since been bulking up muscle.

Jones signalled his interest in fighting Francis Ngannou after his UFC 260 victory over Stipe Miocic in their heavyweight title fight, by posting a tweet aimed at the UFC and Dana White that read “show me the money”.

Dana didn’t oblige to Jones’ demands however, and he is likely to stay on the sidelines for the rest of 2021. When he does eventually return though, Evans believes it will be bad news for the heavyweight division.

Speaking to TMZ Sports (as transcribed by MMA Junkie), Evans predicted that Jones will dominate at heavyweight the same way he dominated at light heavyweight.

“Jon moving up, it’s going to be a continuation of the legacy of Jon Jones,” Evans said. “Jon Jones is a phenomenal athlete. He’s a phenomenal fighter and his IQ inside the Octagon, it can’t be surpassed by anybody. So I expect him to carry that to the heavyweight division.

“The thing that I think may give him some problems is the fact that these guys are big and they do hit harder. But for the most part, this is a great Jon Jones. Jon Jones can make an adjustment to anything.”

That being said, Evans does believe that there are a few names that could give Jones some problems, including Ngannou.

“The fight with Francis, that is one that is a very intriguing fight because he’s going against a guy that takes away some of the advantages that he’s been able to enjoy for so long – being able to have a long reach, being able to be the stronger fighter and all those different aspects that he’s been able to bring to the table,” Evans said. “So it’s going to be interesting to see if he’s going to be able to bring that to the heavyweight division. But at the same time, it’s hard to say that he won’t because this is Jon Jones.

“I went back and forth a few times just because the fact that Ngannou is growing at an exponential rate. His mindset has been absolutely amazing when it comes to just growing and rounding out the part of his game that wasn’t so good before, which is the grappling, and even understanding how to control his power and not trying to throw a hard punch every single time he lets his hands go. This Francis has grown a lot, so it’s still so hard to say. And here’s another thing: He wants to fight Jon Jones. He’s not hoping it doesn’t happen – he wants to fight Jon Jones. He’s seeking that fight out, so that’s a man who’s a very confident man.”

Do you share Rashad Evans’ confidence that Jon Jones will dominate in the UFC heavyweight division? 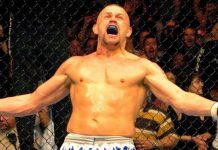 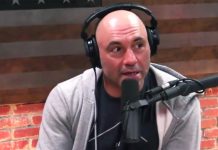 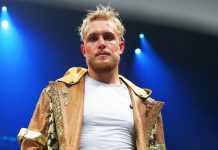